Published by Berkley, a division of Penguin

*The first book in the series, Last Hit, has been optioned for a movie by Flame Ventures.

Naomi: When I was kidnapped I thought only of survival. I don’t thrive well in chaos. That’s why I gave my captors exactly what they wanted: my skill with computers. Making millions for a crime lord who kept me imprisoned in his basement compound kept my family safe. When he was taken out, I thought my ticket to freedom had arrived. Wrong. I traded one keeper for another. This time I’m in the hands of a scarred, dark, demanding Russian who happens to be the head of the Bratva, a Russian crime organization. He wants my brain and my body. I’d be lying if I said I wasn’t intrigued, but I can’t be a prisoner forever…no matter how good he makes me feel.

Vasily: At a young age, I was taught that a man without power is a puppet for all. I’ve clawed—and killed—my way to the top so that it is my heel on their necks. But to unify the fractured organization into an undefeatable machine, I need a technological genius to help me steal one particular artifact. That she is breathtaking, determined, and vulnerable is making her more dangerous than all of my enemies combined. But only I can keep her safe from the world that she now inhabits. Soon, I must choose between Naomi and Bratva law. But with every day that passes, this becomes a more impossible choice.

“I told you I don’t like to be touched. Do you have a hearing deficit?” She frowns. “Because at first I was concerned that perhaps it is your English, but you seem to speak it quite well. Maybe it is your hearing then? You are young to have hearing problems. Is it hereditary? The most common birth defect is diminished hearing. Genetics are responsible for at least sixty percent of hearing deficits in infants so it’s most likely your hearing loss is due to your parents. Were one or more of your parents hearing challenged?”

I look at her blankly.

“Yes. What does it matter?”

“It doesn’t. There was a Russian student in my art history course. Your accent was similar. I remember him telling me he was from a certain region—southern maybe? I didn’t much like the course. My advisor forced me to take it, saying that I needed some liberal arts to make my education well rounded, but learning about painting and politics did not assist me in creating better code. I like to write code. Code makes sense. Art does not.” 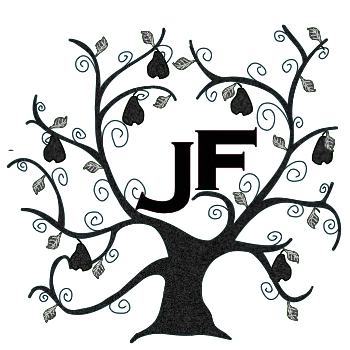 Jen Frederick lives with her husband, child, and one rambunctious dog.  She’s been reading stories all her life but never imagined writing one of her own. Jen loves to hear from readers so drop her a line at jensfrederick@gmail.com.

Jessica Clare has been an incurable romantic since childhood. She reads all the ‘naughty parts’ of books first, looks for a dirty joke in just about everything, and thinks to this day that the Little House on the Prairie books should have been steamier.

After devouring hundreds of paperback romances, mythology books, and archaeological tomes, she decided to write a few books of her own – stories with a wild adventure, sharp banter, and lots of super-sexy situations. She prefers her heroes alpha and half-dressed, her heroines witty, and she loves nothing more than watching them overcome adversity to fall into bed together.

TBR – TO BE READ BOOK CHALLENGE